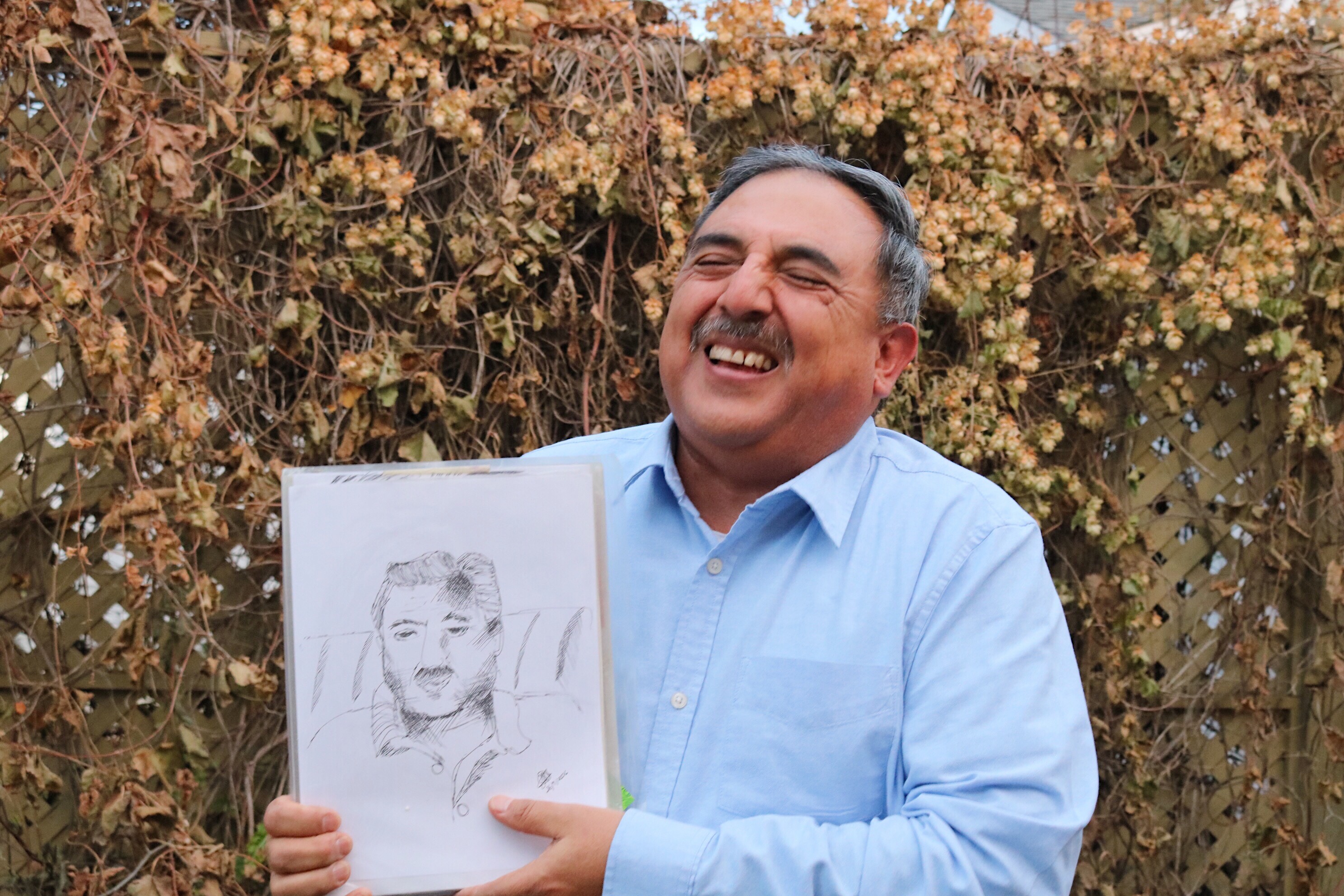 My father is an easy man to draw. His features strong and recognizable to those who know him.

Like him, my nose is bigger and strong. When we smile, our eyes squint and wrinkle the same way, and our mouths are small on our face. If I stand next to him, it’s easy to see that I am his daughter.

He wears a mustache that he has had all of my life, and something that I so closely associate with him. A few years ago he shaved it off, and my mother, sister and I almost cried, ha!

Penelope started calling him Papi (Dad in Spanish) because that’s how she heard me call him. The name stuck.

Two generations later, he is Papi once again, this time to his grand children. His mustache still there, his wrinkles a bit deeper, and his smile just as wide.

On the 29th of September 2006, I drew a portrait of him. Aside from his gray hair, he hasn’t changed much, almost like I had drawn an older version of him years ago.

On the 31st of October, 2018, I asked him if I could take a picture of him holding that portrait, and once again, I draw a portrait of my father.