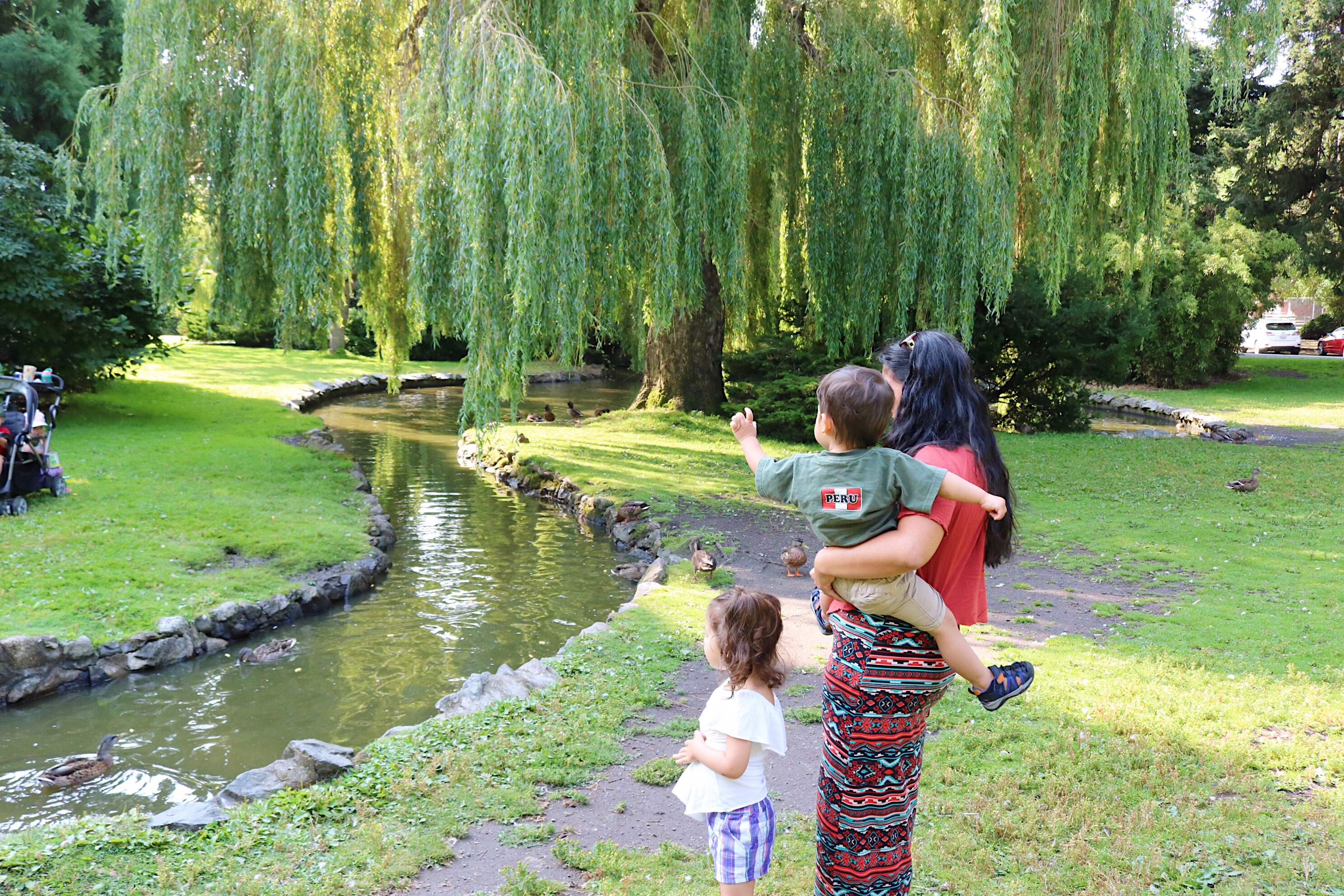 I’ve seen it pop up a lot over the past couple of weeks. I’ve seen in it parking lots, billboard signs, sponsored Facebook posts.

It bothers me. I wish it didn’t, but it does.

The sign I’m talking about is the Edmonton Police Service “A vehicle is not a babysitter” campaign.

With this campaign, community members are encouraged to call 911, and given power to break the window in someone’s vehicle if they believe the child(ren) inside the car are in distress.

Call me old school. Call me a bad mom. But I have left my children alone in the car. We were driving home from work, when I remembered we didn’t have any milk. I parked in front of one of those small gas station convenience stores, activated the command start so the AC could run and the car would be at a comfortable and safe temperature. They were both happily in their car seats and the doors were locked. I was gone for as long as it takes to buy a bottle of milk and could see the car at all times. I got the milk, got back in the car, and we went on with our day.

Do I feel bad for leaving them in the car? No. I assessed the situation and made a parenting decision I felt comfortable with. But if someone had seen me, and called 911, all of a sudden, a rational parenting decision would have turned me into a neglectful and criminal parent.

Doesn’t that seem a little extreme to you?

Do I leave my children alone in the car as a habit? Of course not. It was situational. I didn’t neglect or abandon them; I made a parenting decision.

I go even further. Had someone called the police and there had been no clear reasonable or probable grounds for the call (other than the fact that I was not physically in the car with them… but could still see them at all times) – Do I have the right to call the police on the person who reported me, for harassment and unnecessary emotional distress? I should also add, that if the child’s well being is what we’re concerned about, a random stranger creeping on my kids through a window will definitely causes them distress – I digress…

If my children are safe, and I have made a rational parenting decision, someone calling the police on me is just plain and simple harassment.

Parenting is stressful enough as it is, and now even more power is taken away from mothers (YES, mothers! Because we all know Dads are not judged nearly as harshly as mothers are) to be potentially criminalized on something that is subjective.

In the article “Motherhood in the Age of Fear” by  Kim Brooks published in the New York Times, she says:

” ‘I don’t know if I’m afraid for my kids, or if I’m afraid other people will be afraid and will judge me for my lack of fear.’ “

It’s this really about safety? Or is “danger” something we are letting society subjectively decide?

I agree that a car is not a babysitter.

I want my children to be safe.

I would never leave my children in a car to overheat or freeze, like COME ON! No good parent would!

Is this trend in parenting going to continue?

Everyone always talks about how they wish things were like they were before, yet as a society, we directly contribute to not getting there. As a mother, I’m forced to raise children who won’t know what it’s like not be constantly watched and monitored, and the only crime we are committing here, is stealing away our children’s right to independence and to little bit of damn freedom.

Mothering in the age of fear and criticism is reaching such levels, that there are states in the United States where “free range” parents have had to be protected by law, as seen here in a CNN story about “free range kids”.

It takes a village to raise a child, yes. But are we OK letting the villages voice outweigh the parent’s decisions and choices?

I can’t be the only who feels this way. I hope I’m not.