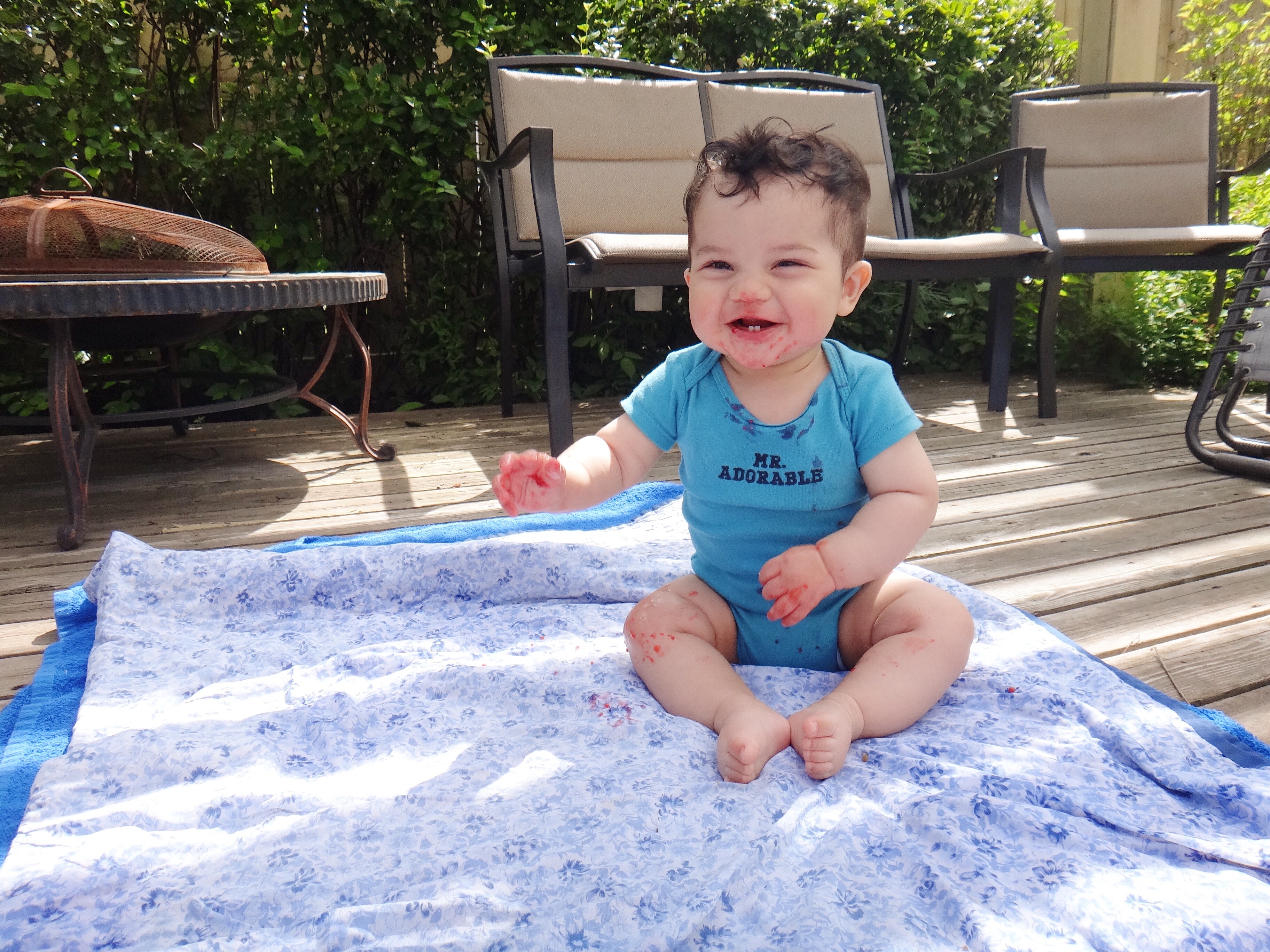 All babies are different. Some crawl sooner, some skip crawling, some walk or talk early. There is no textbook baby. There are guidelines out there that help us know when to expect a baby to be ready for certain developments, but as a second time mom, I am much more confident to learn my baby and look for cues for when he is ready for certain things. Weaning was one of them.

In all honesty, my little guy appeared ready to start weaning since he was about 4 months old. I should clarify that what I am referring to when I say weaning,  is the process of accustoming/introducing foods other than milk. We are still breastfeeding and going strong with no intention of stopping anytime soon, although I have a love and hate relationship with breastfeeding second time around… but I’ll leave that for another post.

Oliver got his first two teeth at 3.5 months. Perhaps that was mother nature’s way of telling me that he would be ready for food sooner – he had the tools he needed to chew, ha! We pushed as much as we could, but the poor little guy hated us. He would get angry if we ate in front of him, he would lean into our food with his mouth wide open, and just the amount of drool! At 5 months, we just couldn’t torture him any longer, and gave him his first spoon of puree, and he l-o-v-e-d it!

As the weeks have passed, we’ve been introducing more foods, leaning towards baby led weaning this time around. I’m so impressed. His little hands grab the food well, he brings it to his mouth easily, and he chews his food with so much intention, it’s so cute!

He is 6 months old right now, nursing about 6-7 times a day, and having 3 solid meals at the same time that the rest of the family is eating. There is something special to all the members of the family being able to sit together for meals and enjoy them together. He’s part of that culture now too.

Strawberries have been a favorite, so have sweet potatoes, avocados and bananas…and pretty much, everything he’s had! I’m happy about that. His face, his bib, the floor and his tray are all a mess during meal times, with plenty of opportunities to take those dirty face pictures to show his future girlfriends when they come over haha! My dog is excited too, she knows it’s that season we are entering again, as I can tell she remembers how much food fell on the floor when Penelope was weaning, ha! Sorry Una, the vet said you gained 5 pounds last time a baby started solids in this house, we’re not letting that happen again, haha!

My little chunk, growing so fast! Slow down. xo